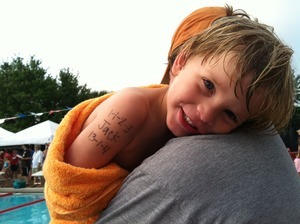 Tom returns as the head coach of the Round Rock Dolphins for his 19th season. As Head Coach his goal is to promote the sport of swimming through time improvements and having fun. He believes the purpose of summer league is to grow swimmers as athletes and to help build their confidence through learning and improving strokes in a positive and supportive atmosphere.

Tom is currently the head coach of the Round Rock High School Swim Team. He has also been coaching at RRHS for the past nineteen years and during that time period has been fortunate to see many of the Dolphin Swimmers move on to compete for the Dragon Swim Team, in college and then return to become Dolphin Coaches themselves. His teams have consistently represented RRHS at the UIL State Meet and many of his swimmers have received All State and All American accolades.

Tom was born and raised in Southern California but has lived in Texas since 1994. He graduated from UT Austin with a degree in History and teaches Social Studies at Round Rock High School in addition to his coaching responsibilities.

Tom, his wife Nancy and their three children (who are all Dolphins) live in Round Rock with their many animals. In his spare time, he enjoys reading, UT football and basketball (he misses Mack Brown and Rick Barnes), fishing, anything Star Wars, going to the movies, relaxing at Barton Springs and hanging out with his family.

Marcy has been Head Assistant Coach of AquaTex Swim Team for 8 years, and part of the South Texas LSC coaching staff. She has been swimming competitively since she was 4 years old. Marcy participated at STAGS, TAGS, Sectionals, and Zones for club swimming, and has been a District, Regional, and State qualifier for Round Rock High School. 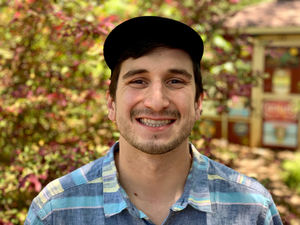 I am a 25 year old Round Rock native who growing up had the unique experience of swimming for 13 summers with the Dolphins. I’m fired up to return this summer so I can give back pieces of wisdom and perspective about how to get faster the right way- by having fun in the process. I graduated from Seattle University in 2016 where I received a bachelor’s degree in environmental science and swam all 4 years, specializing in the breaststroke and IM events. After college I took a hiatus from swimming, but now find myself back in full throttle coaching for Lone Star Aquatic Club as well as Dolphins. More about me: My favorite movie is Cloudy With A Chance of Meatballs because I love puns, especially about food. My favorite food group is chicken tacos. My spirit animal is a whale shark. And lastly, when I’m not coaching you’ll find me unicycling around my neighborhood or hiking on Austin’s nature trails. 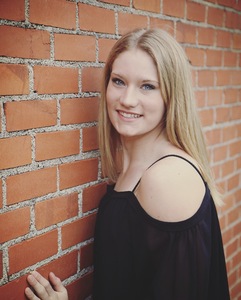 Cassie has been swimming competitively since she was 10 years old and has swam for Aquatex, Round Rock Dolphins and Round Rock High school. Cassie has competed at TAGS, Zones, and Sectionals for club and was a District, Regional and State finalist during her high school years. Cassie currently competes at the Division 1 level for the University of the Incarnate Word. Cassie’s enjoys swimming because of the friendships and great memories it brings. She is looking forward to meeting new swimmers and also seeing old faces return this season. She is excited to help them grow as better swimmers, but most importantly better people as well. Cassie is a huge fan of Mexican and Italian food. Some of her favorite movies include The Notebook, Finding Dory, and Elf. Cassie also enjoys painting, playing frisbee and hanging out with her friends during her free time. 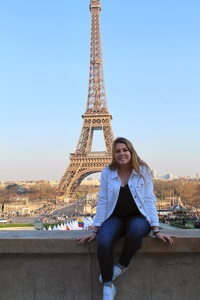 My name is Hayley and I was a competitive swimmer for 12 years! Swimming has always been a passion of mine. I love the competitive side of swimming. I am very excited to enter my third season coaching Dolphins and can’t wait to see everyone! I love doing art in my free time (painting, ceramics, sculpture) and munching on some sweet treats (candy, cookies, cake)! My favorite movie is Remember the Titans, I really love all sports movies.

Hi! I’m Kasey Outland and I’m 18 years old! I have been swimming since I was about 4 years old and started competitive swimming when I was 5-6 years old. I was born in Woodbridge, Virginia (45 mins outside of Washington D.C.) then I moved here to Round Rock when I was 16 and graduated from Round Rock High School. I was on the high school swim team with Coach Tom and I was also on Aquatex Swim Team. What I love about swimming is the practices! I loved being with my friends and working towards our goals as a team. I’m excited to meet everyone and for all of the fun swim meets! My favorite food is macaroni and cheese and I love the color blue. 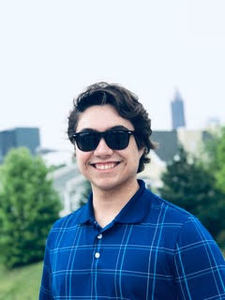 Howdy y’ all My name is Jimmy Hurlbut and I am 19 years old. I am currently attending the University of Texas at Dallas pursuing a Career in Global Business. I have been swimming since I was 9 years old and has swam on Anderson Mill Barracudas, Northwest Makos Club Swim Team, Aquatex, Round Rock High School swim team, and Rock Rock Dolphins. This will be my second year coaching for the Round Rock Dolphins. I am looking forward to this new swim season and the fun that comes with it. I am a food fanatic no matter what. I can say that Gordon Ramsey is my favorite chef and I highly recommend his restaurants. My favorite movie of all time was The Blind Slide. I am also a dedicated Disney, Star Wars, Marvel, and Indiana Jones fan. 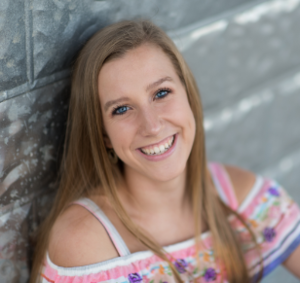 Hey everyone! I'm Layne McCalmont and I have been swimming since I was five, so about 13 years. While I swam on the Forest North Stingrays for my summer league experience, I am so excited to switch sides and coach for the Round Rock Dolphins. I'm looking forward to getting to know all of the wonderful swimmers this summer, and helping you guys fine-tune your stroke to be a stronger swimmer. In my free time I really enjoy hanging out with my friends, and listening to musicals (Hamilton is the best). My favorite color is yellow, and I also love pizza. I can't wait to get to know all of you! Go Dolphins Go!! 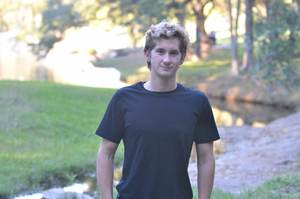 My name is Jack Hansen and I have been swimming since I was 8 years old. It was swimming summer league with the Dolphins that inspired me to swim competitively both with Aquatex and the RORO Dragons. I have competed at TAGS and Sectionals with Aquatex swim club and was a District, Regional and State finalist with the Dragon swim team. This is my first year coaching the Dolphins and I look forward to helping everyone achieve their swimming goals. I love Superhero movies, going to Disney World, playing water polo, and video games. This fall I will attend Southwestern University in Georgetown where I will be studying kinesiology and swim for the Pirate swim team.